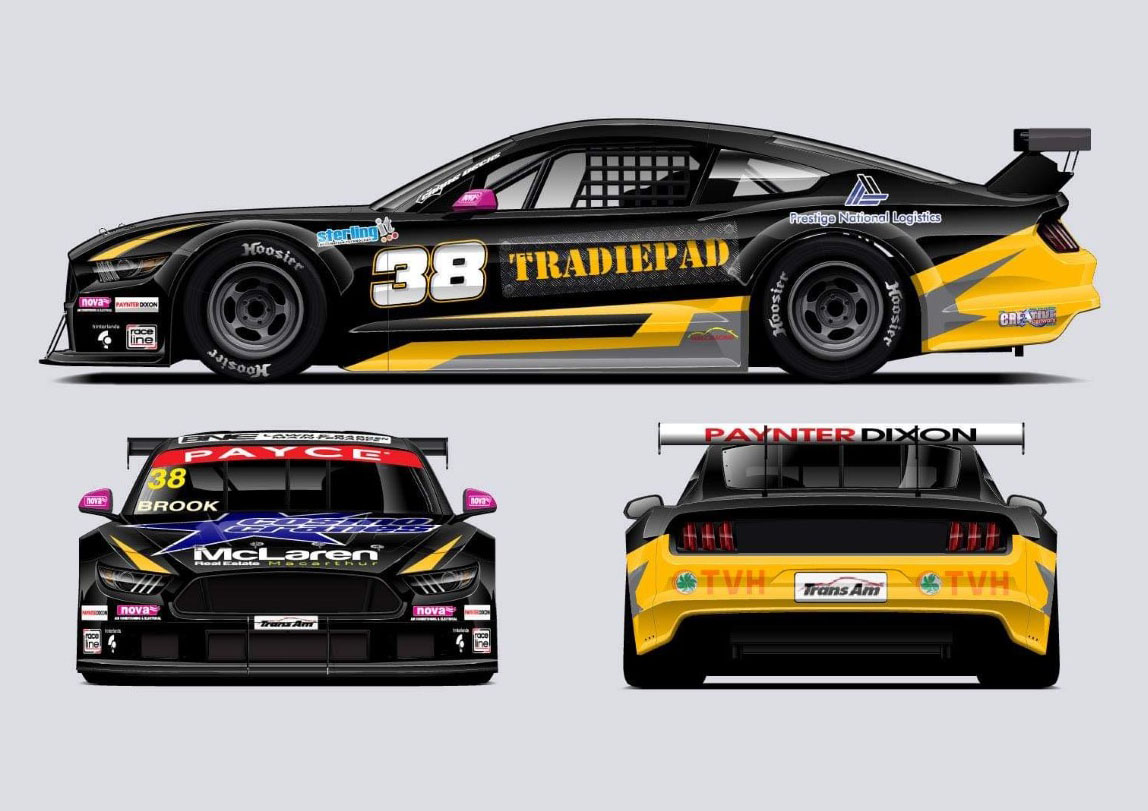 Tim Brook will make his National Trans Am Series debut with Wall Racing in 2021.

The Oran Park resident will join the newest Australian Trans Am team Wall Racing, with the experienced squad taking on a new challenge in the all-American V8 muscle car class.

Brook will drive the #38 Ford Mustang that the Sydney team has recently taken under its wing, which will feature support from a combination of Brook’s personal backers and Wall Racing’s sponsors.

After a strong career in the local Toyota 86 series, Brook flirted with TCR Australia competition late last year, driving for Wall Racing and Garage1 before electing to concentrate on the new Trans Am class that will kick into action at Symmons Plains Raceway on January 24-26.

The Trans AM racing will be seen live and free on the screens of Seven, while those keen to watch from at the track can CLICK HERE for ticketing details.

“We had a few laps at Wakefield, and then had some more laps Sydney Motorsport Park, and I was very impressed with the car,” said Brook.

“It has heaps of power, and more grip than I’m use to. I enjoy being at the track racing, but after the SMSP test, I got out with a grin from ear to ear, and that’s something I haven’t had in a long time.

“It’s far fetched to think we are going to jump straight onto pole at Symmons Plains, but by mid year or the end of the year, we want to be a threat. We want to be fighting for wins, poles and podiums.

“It’s new for me, and also new for Wall Racing and his crew. There’s a lot to learn, and a lot of good competition out there. I’ve raced against (Aaron) Seton in the 86s before, so I know already that there’s a tremendous benchmark.

“I’m realistic. I want to learn as much as I can, take it all in and try and be a threat as soon as we can.”

“It’s with great pleasure that we welcome Tim Brook back to Wall Racing,” said Wall.

“Tim is no stranger to us he has done a fantastic job for us the past in TCR Australia. He raced a one-off round at Winton in 2019 and did a phenomenal job for someone who had just seen that car that weekend. To jump in and be competitive as he was, really highlighted the fact that he’s a front runner in whatever he is going to be sitting in.

“I feel like that he is going to be a great addition to the Trans Am Series but also to Wall Racing. He will be racing with the number 38, which is the Wall Racing number. The car looks fantastic, and we can’t wait to hit the ground running come Round 1 at Symmons Plains.”