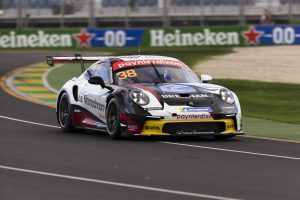 2022 will be arguably the biggest in the category’s history, following not only the news that Paynter Dixon will be Carrera Cup Australia’s title sponsor for a further two years, but that 2022 will also mark the debut of the highly anticipated Type 992 generation Porsche 911 GT3 Cup car on Australian soil.

The 2022 Carrera Cup season begins in fine style at the Formula 1®  Australian Grand Prix in Melbourne in early April, before attending the seven marquee rounds of the Repco Australia Supercars Championship throughout the year.