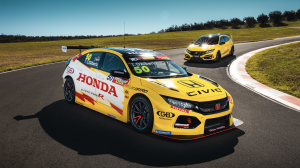 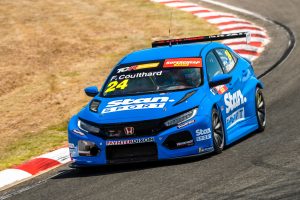 Eligible cars include all front-wheel-drive C-Segment hatchbacks or sedans, powered by production-based turbocharged engines up to 2-litres.

In 2022, Wall Racing currently has 2 Honda cars competing in the series, being driven by Tony D’Alberto and Fabian Coulthard for selected rounds. The 2022 Supercheap Auto TCR Australia Series Calendar will run as follows:

J.A.S Motorsport has been chosen by Honda as an Official Partner in racing since 1998.

Although Honda products had been imported and distributed around Australia by various private companies since the 1950s, the brand’s official local presence began when Honda Motor Company in Japan sent Mr. Hidehiko Shiomi to Melbourne to set up a unified, national representation for Honda in Australia.

“Honda Australia was a Honda subsidiary set up primarily to sell cars, but it has since grown with the global Honda brand to deliver a wide range of products and services that help make people’s lives more enjoyable,” said Honda Australia Managing Director & CEO, Mr Hiroyuki Shimizu.

From cars and motorcycles to generators, lawnmowers and marine engines, Honda’s diverse range of products has been enjoyed by millions of Australians over the last 50 years.