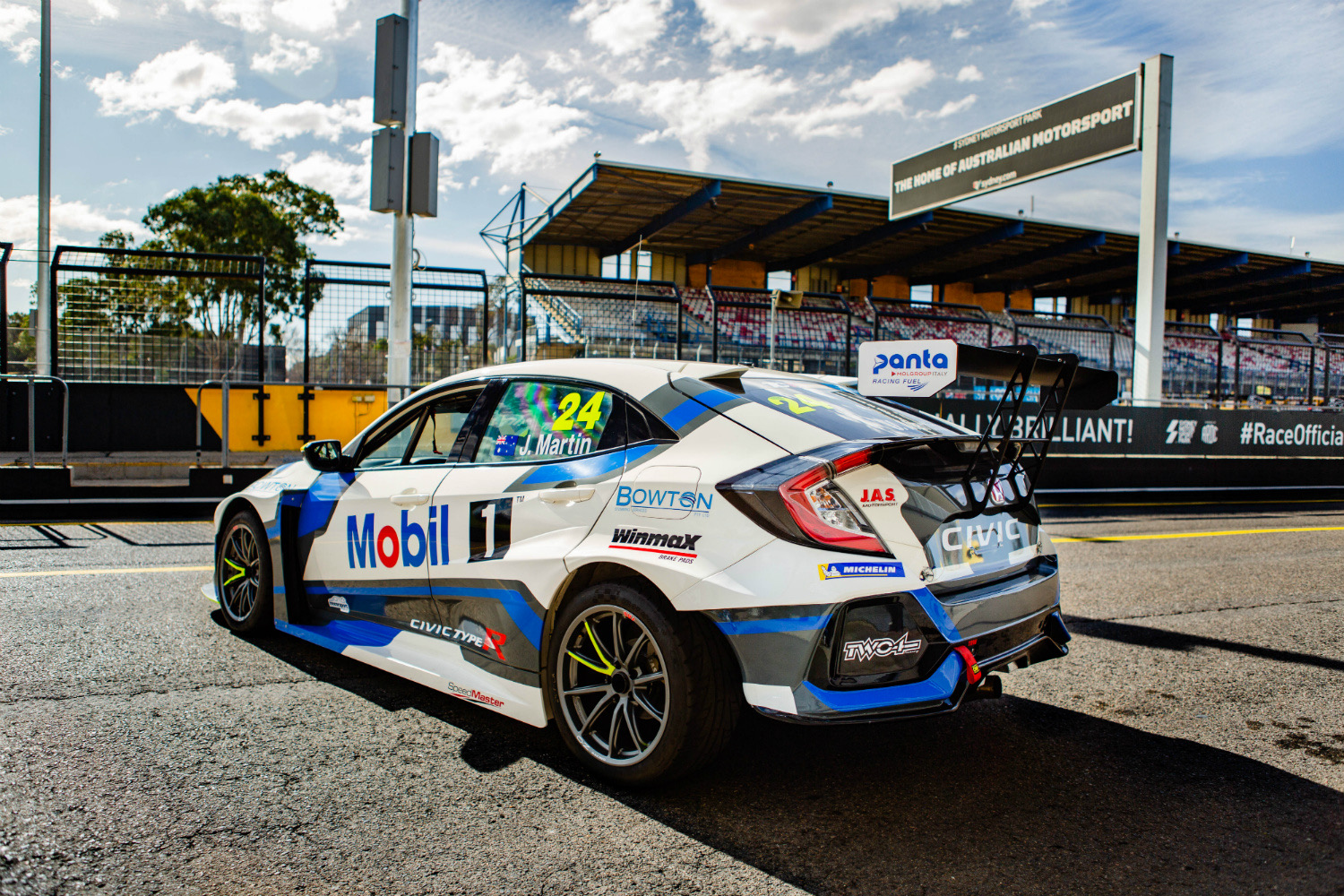 Wall Racing has confirmed that John Martin will remain with its Honda TCR program for 2021.

The Sydney-based team has also secured an increased presence from famous oil brand Mobil 1, including the online platform CarMechanica.

Due to their ideal geographic situation during the coronavirus lockdowns, Queenslander Martin and Wall Racing have enjoyed a number of test days through 2020, keeping both driver and team race fit ahead of the relaunch of the TCR Australia Series, kicking off at Symmons Plains Raceway in Tasmania this January.

CLICK HERE for ticketing details for the Race Tasmania festival.

The Mobil 1 branding first appeared on Martin’s car at the Winton test back in February, while CarMechanica, powered by Mobil 1, was confirmed later in the year, but is yet to see an official race meeting or public outing.

CarMechanica is an online platform that connects Australians to aftermarket workshops and master mechanics for all brands of vehicles.

MotorActive, the distributor of Mobil 1and owner of CarMechanica, has confirmed they will remain with Martin and Wall in its increased presence for 2021, racing alongside Tony D’Alberto in the two-car Honda Civic team.

Team owner David Wall is thrilled to secure Martin alongside D’Alberto in what he says will be a competitive season of TCR Australia racing.

“It’s great that we have been able to retain both John, Mobil 1 and CarMechanica for the 2021 season,” Wall said.

“I really rate John. He is one of the most underrated drivers in Australian motorsport and we saw last year in TCR that when everything was going right, he was hard to beat.

“He had some elements of bad luck, all of them out of his control, but these are the things that you encounter in the first season of a new championship.

“We feel that we have everything completely sorted for 2021. The cars are prepared and ready. Our drivers are fitter than ever and we have an extremely strong team crew here at Wall Racing. After so much uncertainty in the world, I’ve never been more excited to get onto the track and deliver some strong results.”

Martin is equally excited to get back behind the wheel of his Honda TCR weapon.

“This year was a major disappointment, but it has made us even more hungry to get back in for 2021,” said Martin.

“To have brands like Mobil 1 and CarMechanica support our entry and allow us to get onto the track is awesome.

“And I’m very happy to be back with Wall Racing and Honda too. We feel that the Honda will be an even more competitive product this year. If the WTCR results and speed are anything to go by, plus the work that Wall Racing has done locally, then I feel we are in for a competitive year.

“And really, I can’t wait to get back in. We had a couple of tests at Sydney Motorsport Park and Wakefield Park, but they feel like forever ago. We just want to race, and Symmons Plains can’t come soon enough.”

Wall confirmed that those two cars are available to race, although he expects to start the season with the two cars for Martin and D’Alberto, with the other cars featuring later in the season.

Martin finished eighth in the inaugural TCR Australia Series, including a win and a podium place, both at The Bend’s third round.

The opening event of the 2021 TCR Australia Series will see the category make its first venture to Tasmania in January.