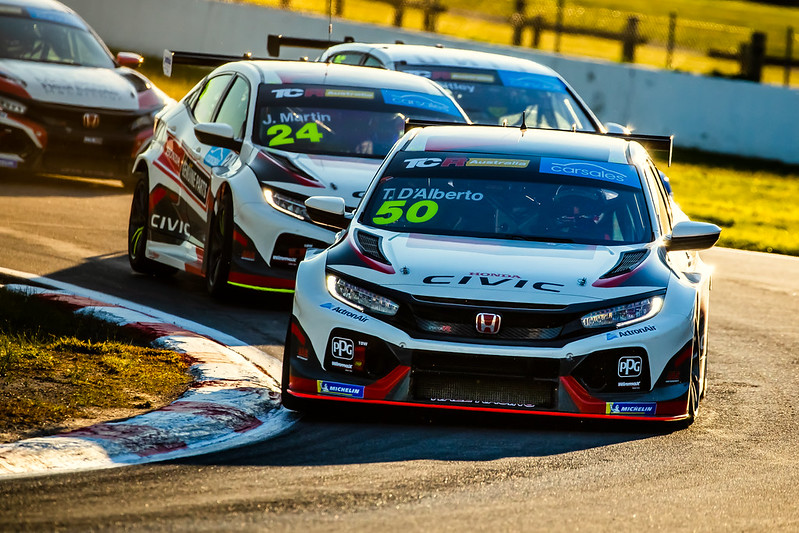 Wall Racing will enter three Honda Civic Type Rs in every round of the carsales TCR Australia Series, as well as the TCR Asia Pacific Cup at Albert Park next month.

The official agent for the JAS Motorsport-built Honda Civic TCR cars, Wall Racing will again be led by Tony D’Alberto and John Martin in TCR Australia, with the team’s new signing Paul Ip joining the squad for the entire series.

Hong Kong-based Ip, 41, has competed in a range of racing categories, including open wheels, sports cars and the TCR Asia Series.

He will make his Australian racing debut at Albert Park in the carsales TCR Asia Pacific Cup, alongside German Rene Munnich who will drive D’Alberto’s car at the street circuit event.

The squad will reveal all three liveries prior to the official TCR pre-season test at Winton Raceway on February 26.

The Formula 1 Rolex Australia Grand Prix will be held on March 12-15, ahead of the first points-scoring TCR Australia event at Sydney Motorsport Park on March 27-29.

“It’s great to have our three drivers for the season locked in and ready to go,” said David Wall.

“We felt we had a successful first season. We started with two cars, we now have three in the team full-time and we also supply parts and support from the two private Honda teams (Zac Soutar and Michael Clemente).

“It is obviously our aim to win the title this year. We finished second in 2019, and the competition is stepping up, but it’s great that two of our drivers have been retained. We know both Tony and John are capable of getting the job done.

“I’ve been watching Paul’s racing over the past few season, and he does lots of miles in Asia and has been around motorsport for a long time. He did a good job in TCR Asia, and did the Sepang WTCR round last year. He is a welcome addition to the team and will be a good shot within the Pro-Am ranks.

“With JAS, it’s great to have their ongoing support. At certain events, they’ll bring technicians out to Australia, like they did last year, which is an invaluable asset. We are very pleased to have them in our fold.”

“It’s great to be back with Wall Racing and in the Honda for this season and I am very pleased to welcome Mobil 1 to the team, supporting me for the season,” said John Martin.

”We had some success last year, and some bad luck, and if we can eliminate the bad stuff, then we should be in a good position.”

“If you look at our speed last year, we realistically should be in the top five and challenging for the title. The team wants that and the cars are fast and very capable of that. If we minimise some of the mistakes and misfortune, then there’s no reason why we won’t be contending.”

“There’s a big field of drivers this year. Some well known names and young guys, so I can certainly see the series being even bigger than last year.”